Do you start a letter like that with “Dear Void”? Obviously, Void, while you may be a part of me you will never be dear to me, ever. I hate almost all that you stand for so let’s just skip the “dear”.

Void, I called you, didn’t I? Around six months ago I was reading one of my many books and in the story, someone said it was unfair to the ones we lost to keep hanging on to their memory, to want to make them stick around somehow and not leave them be. I don’t know why that resonated with my agnostic little mind but here we are, you and I.

For a year and a half, I almost marinated myself in memories of Manni, to keep him remembered but also to fall deeper into the hole of the day. And then I quit, cold turkey almost, and called upon you, Void, to take his place. We’ve worked out well, the two of us together, haven’t we? I give you space to be, and you return the favor and act as a little safety bubble between me and the hole of the day. I think of Manni daily, daily, but I let my thoughts bounce off that bubble and not let them drag me into the hole. So it’s been a decent deal I suppose. If it hasn’t worked out to perfection in the last couple of days you are not to blame, Void, I realize that.

Some things just made their way into my mind these last couple of days, but I firmly believe that they will leave again soon. -Did you know that my calling Manni “Baby” all the time wasn’t because I ever felt he was my surrogate child but rather originated from his very first months with us, when I would call him “baby-dog” because that’s what he was, a puppy, really? I mean, I never wanted children, I only ever wanted animals. After a couple of months during which Manni thought his name was “No!” “Baby” was one of the many names he responded to – not that I would have ever yelled that across a field, that’s what “Manfred” was for.

The amount of times he stole a pound of butter from the cupboard of my mother’s neighbors without once ending up with diarrhea, the countersurfing that no amount of training ever got under control (you just learn to move things behind cupboard doors), the ferocity with which he took on every job he could get his paws on, the cans that we put on top of the trashcan lid at the old office so he would get a scare if they tumbled off it when he was trying to dive into the bin (he didn’t scare, of course, but at least we were alerted to the fact…), all these memories try to worm their way back into my life, Void, but I am putting them away again right now. Behind a door in my mind so they don’t disappear but so that they also don’t make me want to visit them all the time.

By swapping them for you, the Void, I unknowingly opened up a door for Thilo. While there will always be room in my heart for all dogs I didn’t know that there are apparently also separate corners there full of love for the individual still. Thilo has turned into the most perfect little dog and best companion I could wish for and I have grown to love him so much. It is so ironic and somewhat typical, I guess, that I now end up with the absolute beginners’ dog that loves me unconditionally after having had the complete opposite before.  When Thilo’s little body gently presses against mine, I sometimes briefly think how different everything is now. For his sake I will not dwell on which life is better or worse than the other. It just is.

Until Manni was diagnosed I never knew to be thankful for him, but I learned. Today, I recognize that I must be thankful for Thilo and I tell him often, Manni taught me that.

So, Void, I guess it’s like the idea of marriage: it is now until death do us part that you will stay with me, through the good and the bad. Thank you for giving Manni’s memory a chance to roam free somewhere else and keeping me off of that hole. I will never thank you again because I really despise you but honesty goes a long way.

And since this is the one day of the year I will let myself do this: 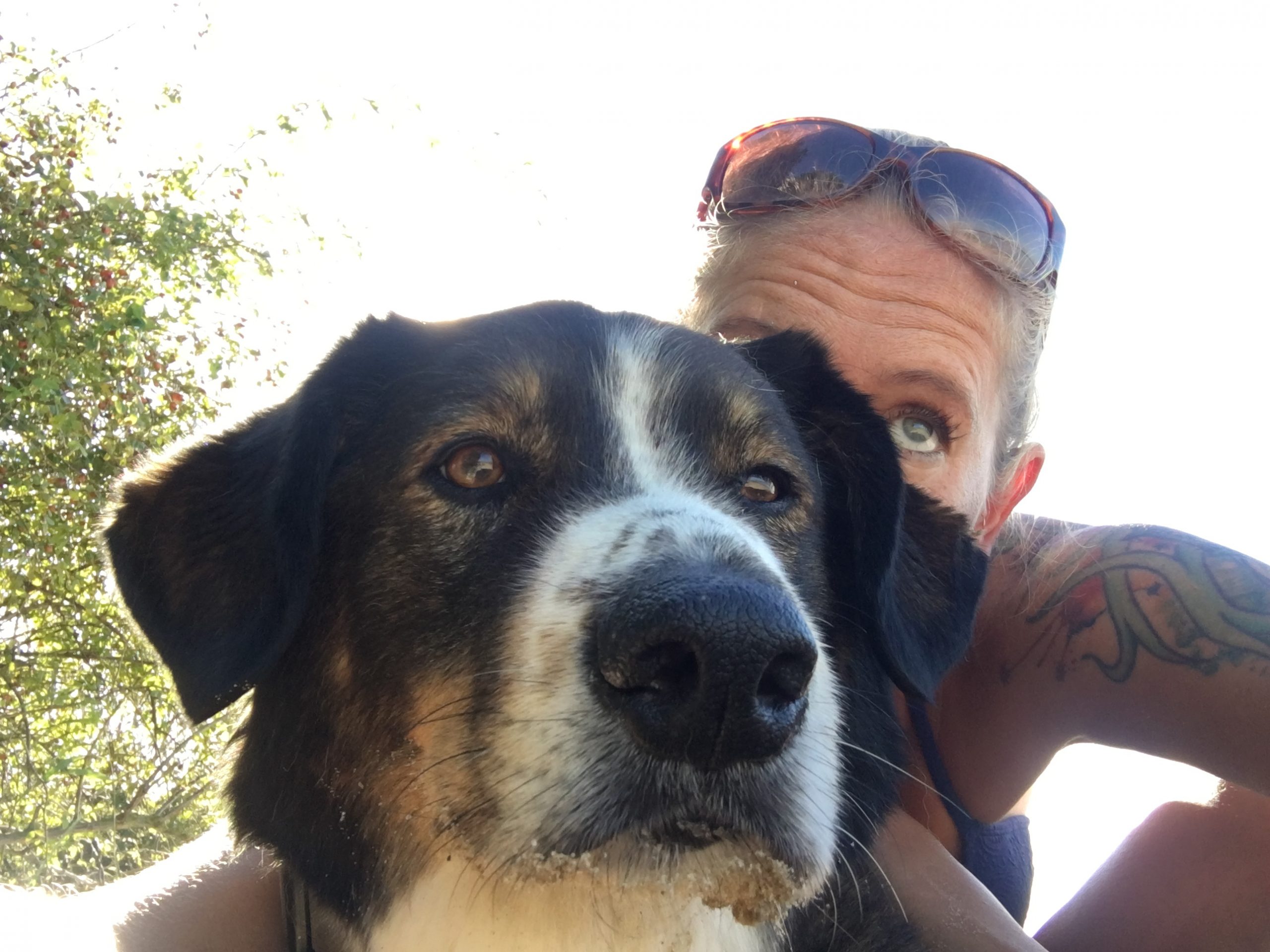